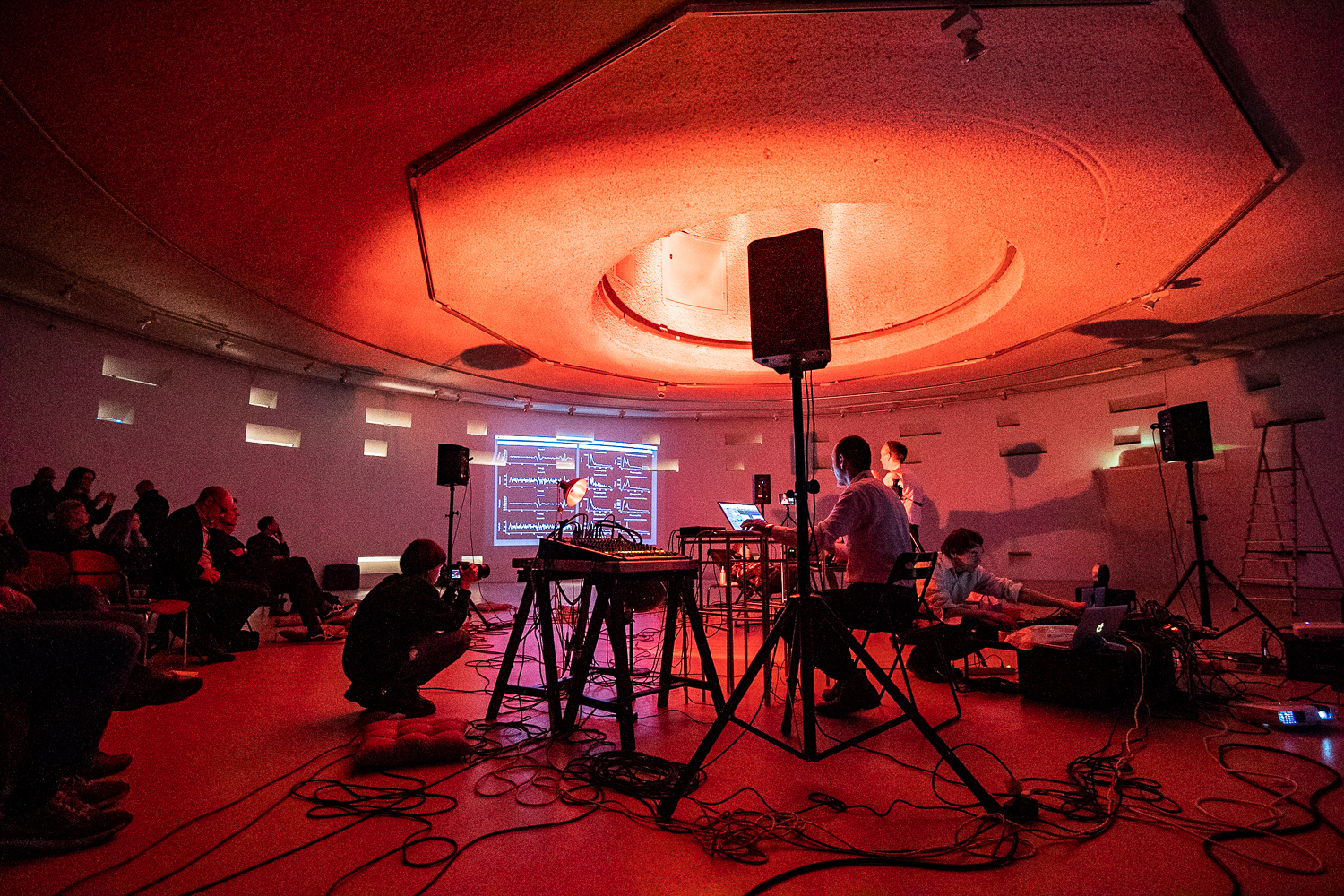 The Warp presents the debut of our Club Night Salon Pi with an expanded version of the performance Symbiotic Solaris Stations by the October Collective.

The resemblance of the interior of the Kunstkapel to the space station seen in Tarkovsky’s science fiction film has been frequently noted. This project was designed to bring a group of individual artists together as members of a research expedition. Solaris provides us with a set of issues in terms of AudioVisualSpatial to which the collective brings their own unique findings.

On board for this first mission are Daniela de Paulis, German Popov, Justin Bennett and Roelf Toxopeus (BMBcon), and neuroscientist Robert Oostenveld.

The performance will be followed by a discussion with the artists and neuroscientist Robert Oostenveld. Solaris Label creator German Popov will make a special dj set in recognition of the unique influence of both the book and the Tarkovsky film. We warmly invite you for a drink on our Club Night, and join us on this extraterrestrial mission.