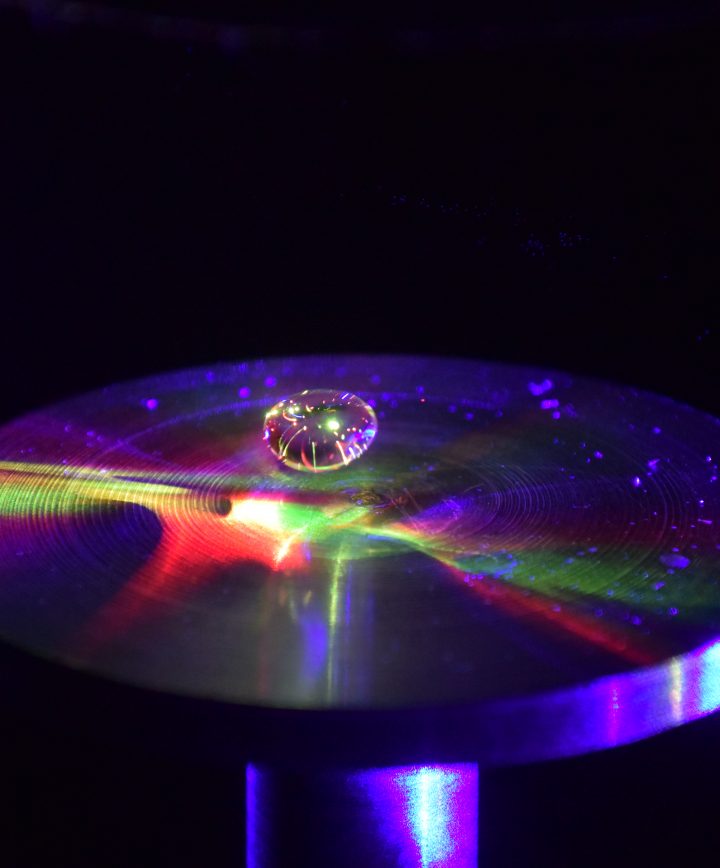 The IrkSumSet performs Phaistos Version Dub
A theoretical dub track lifted from the previous event’s Phaistos Recordings which took one the most mysterious objects of antiquity and used it as a springboard for scores of alternate interpretation. Here it is performed in an altogether different version with personnel stripped down from the large ensemble to a single dancer, musician, and singer. Yet there are new mix elements that allow us to link the 4000 year old Phaistos Disk to the original Bauhaus School in this centenary year thru the colour disks of the original school leader Johannes Itten. 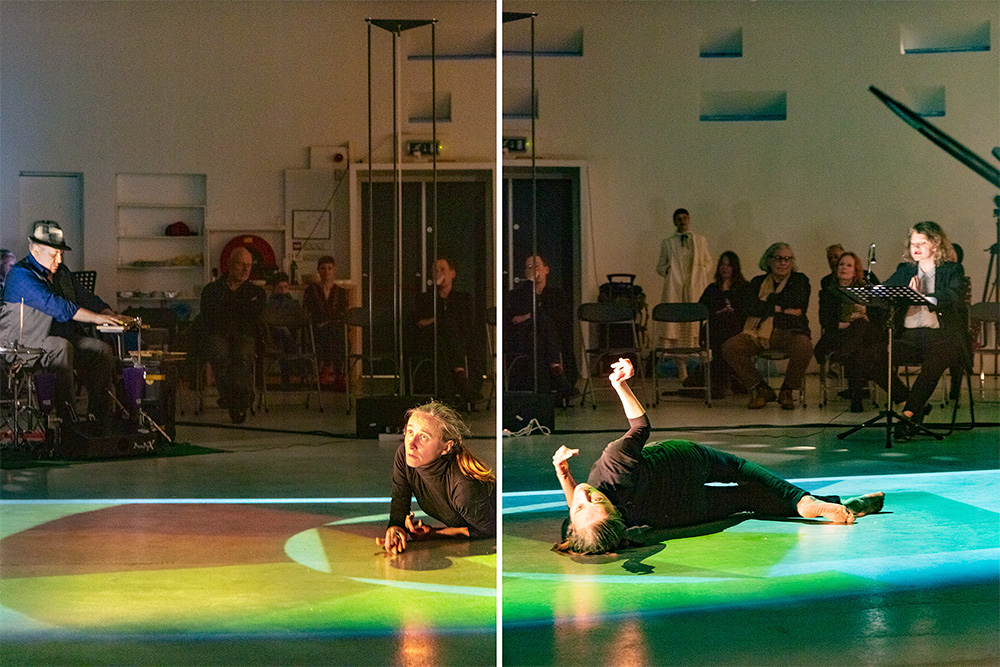 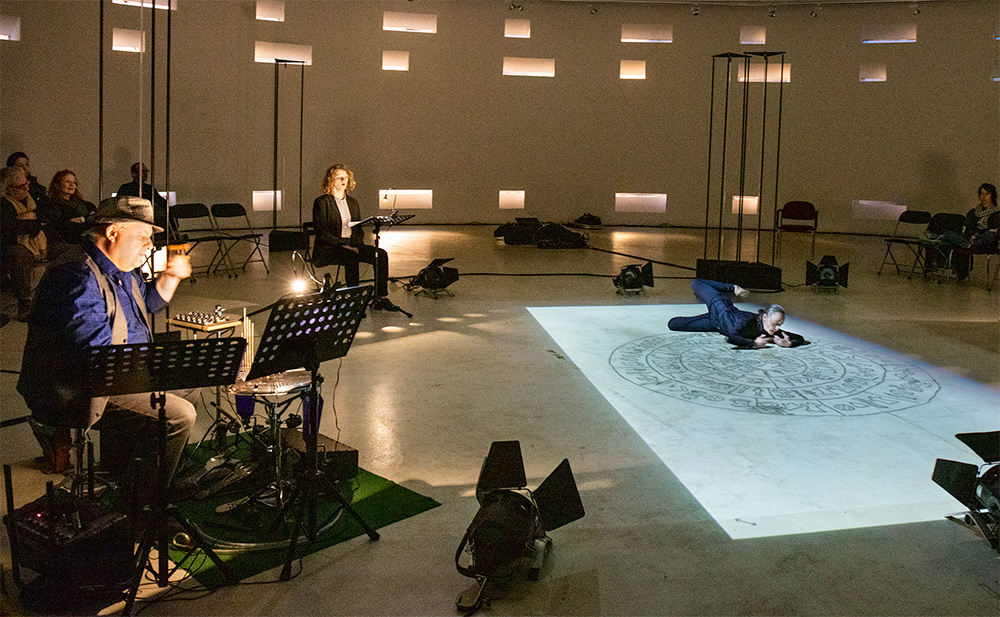 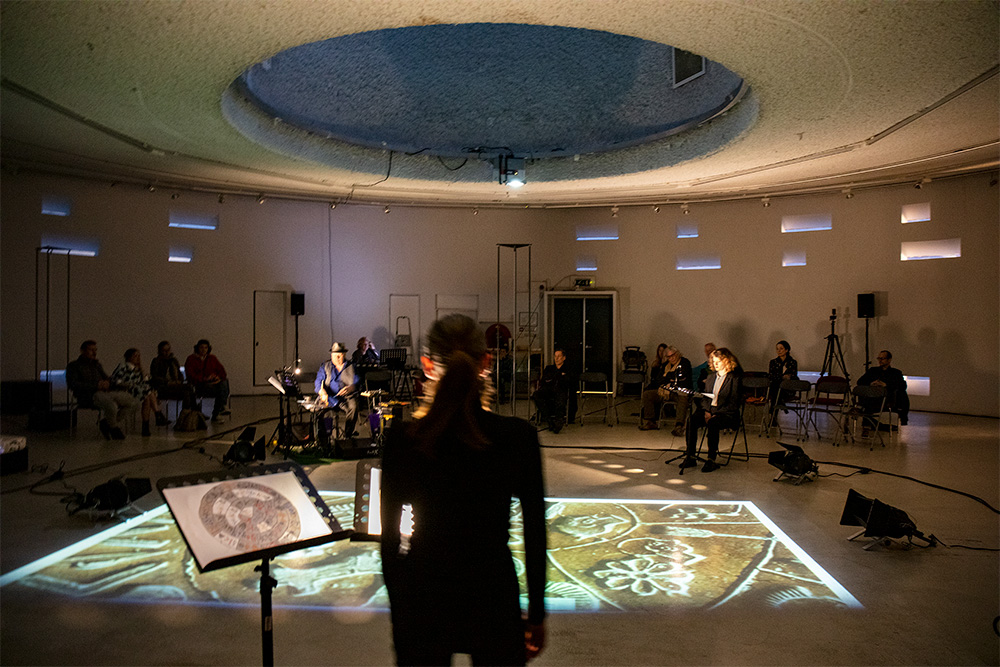 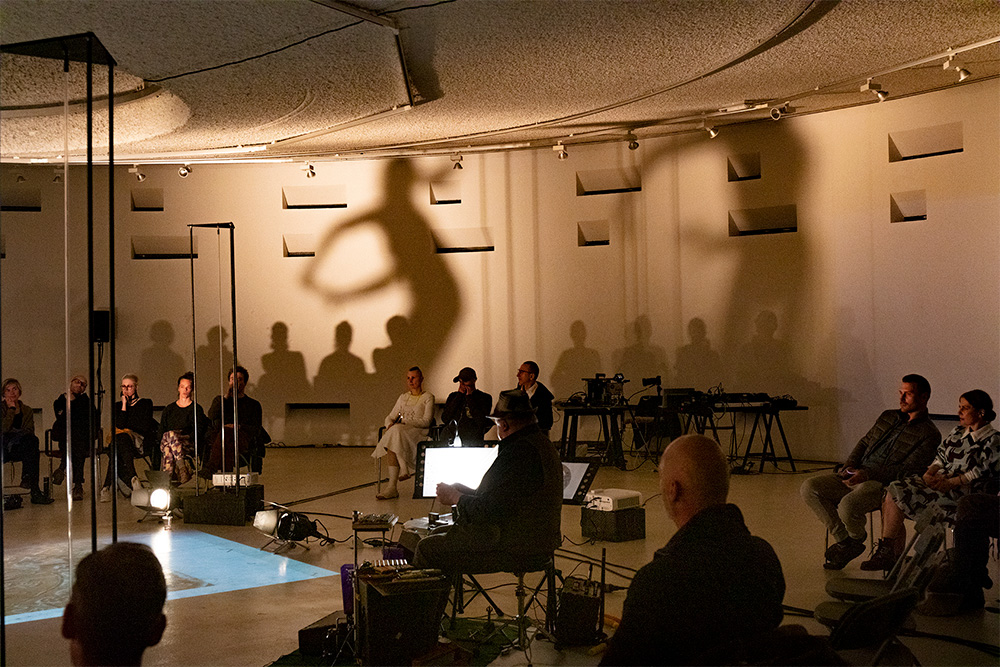 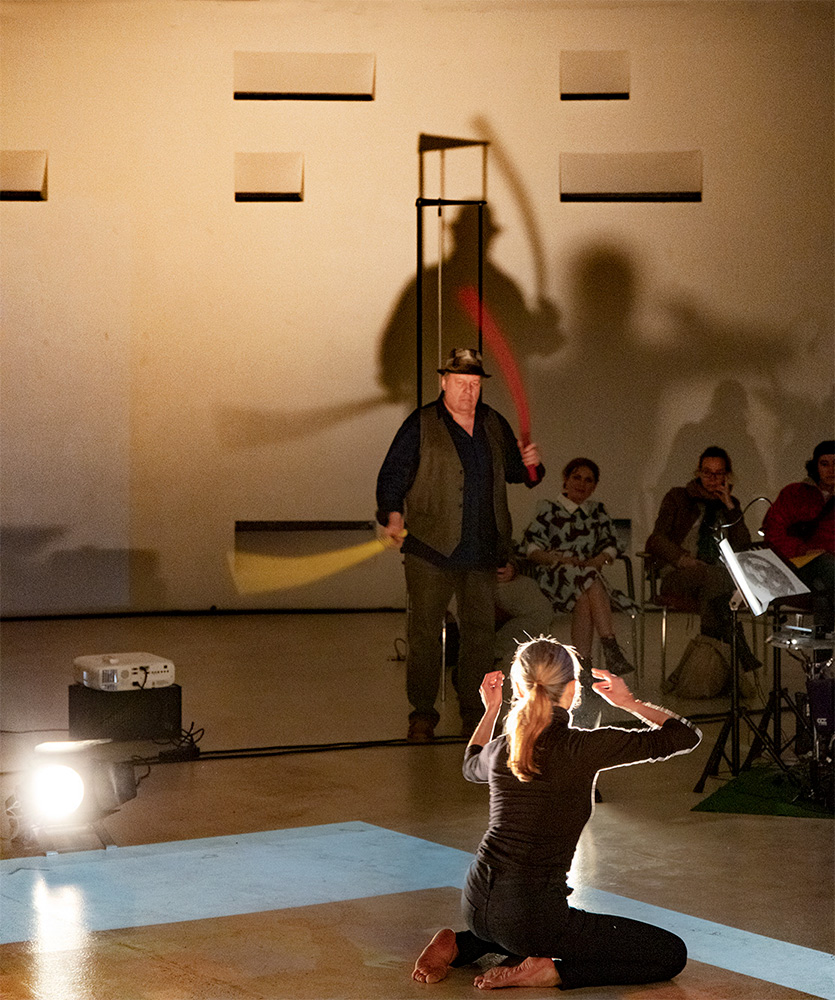 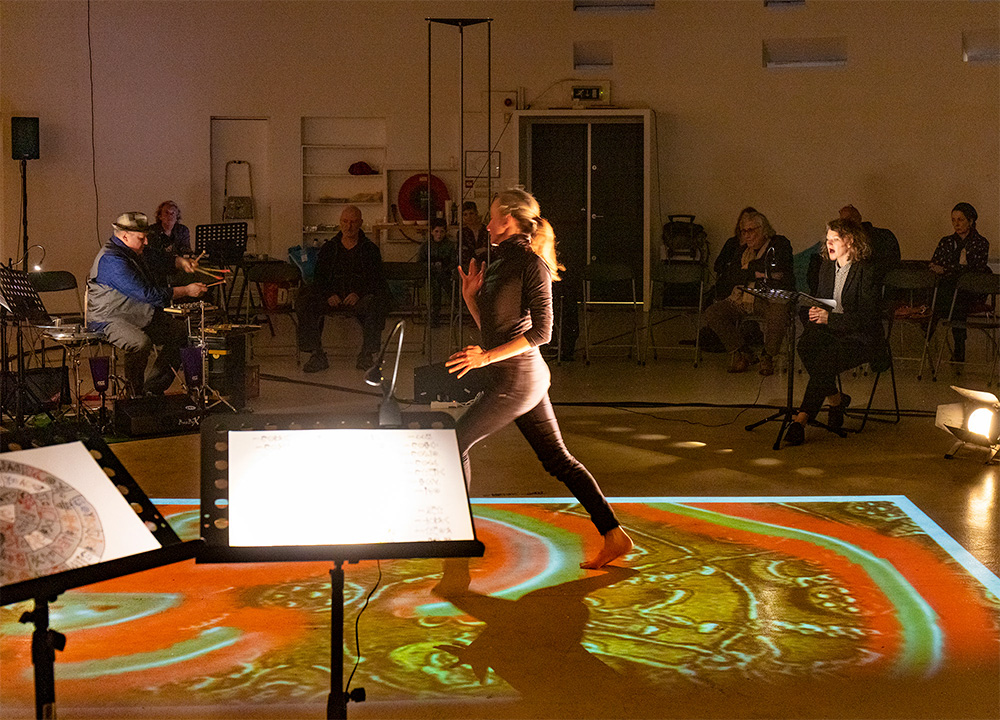 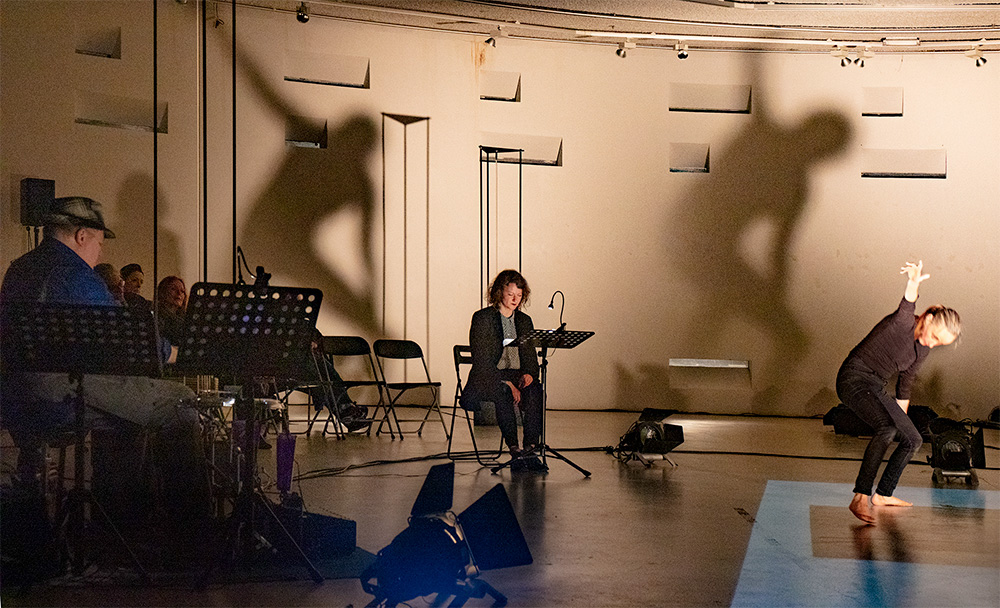 Dmitri Gelfand and Evelina Domnitch perform Force Field
Since the 1970s and 80s acoustic levitation techniques have primarily been applied by NASA and ESA to trap and navigate otherwise uncontrollable samples in microgravity. However, in the last two decades the same methods have also been used as a powerful means of containerless manipulation on Earth. In Force Field, acoustically levitated water droplets resonate, vaporize and reassemble into spheroids, toroids and oscillating polygons while spinning nearly devoid of shear. The performance simultaneously taps into the 3-dimensionality of sound, the elusive physicality of water, as well as the rotational dynamics of celestial and subatomic bodies. 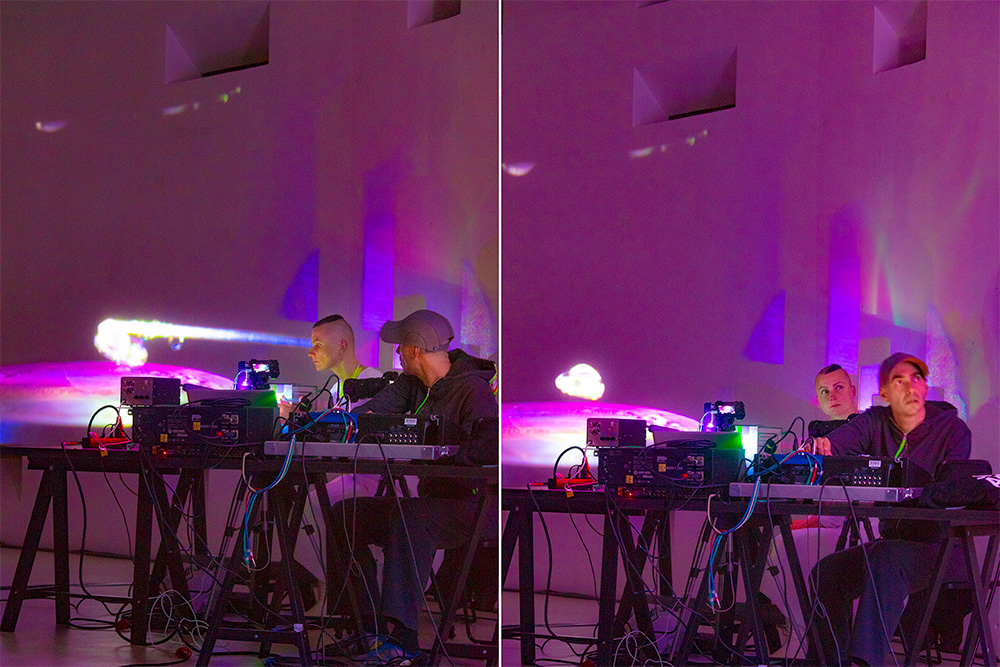 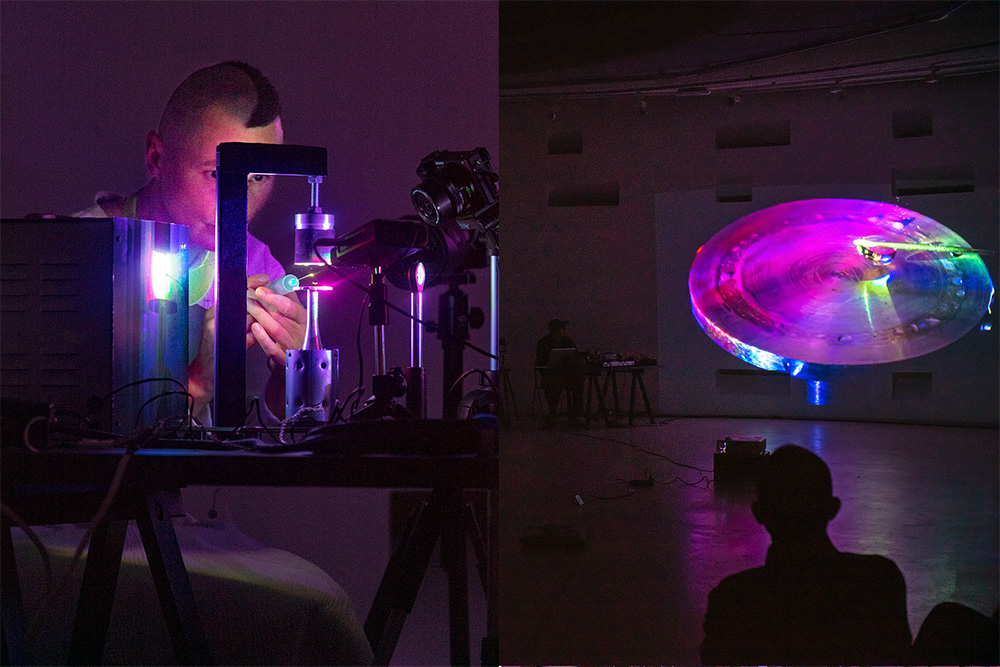 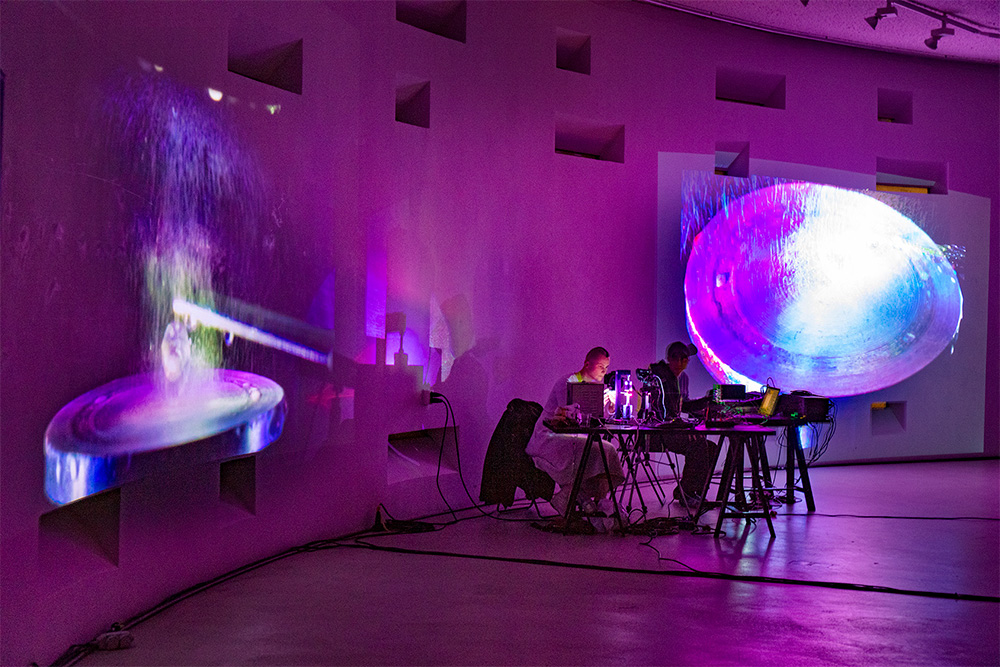 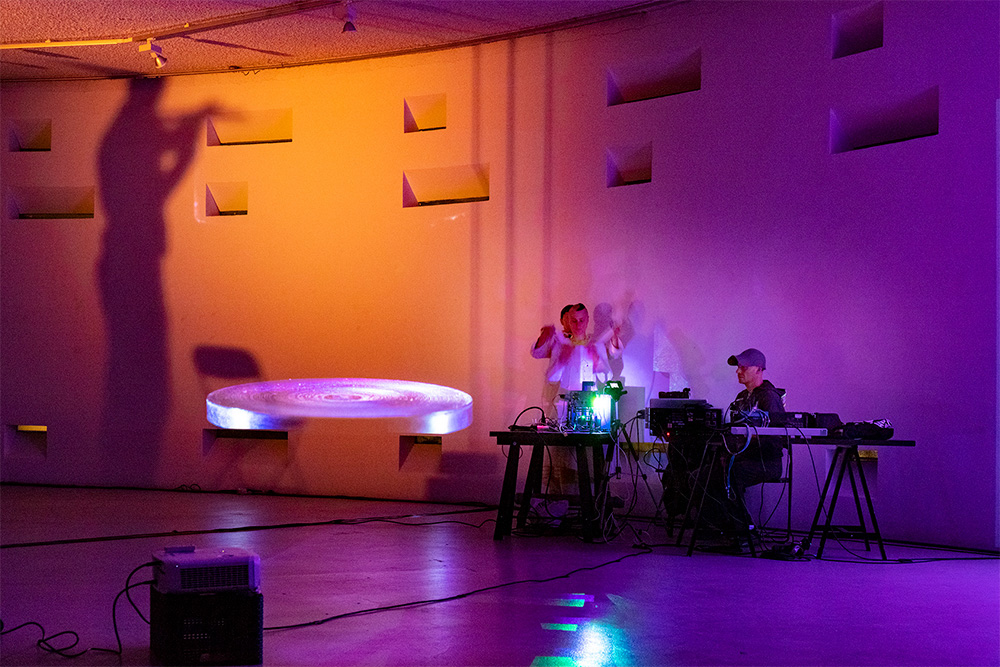 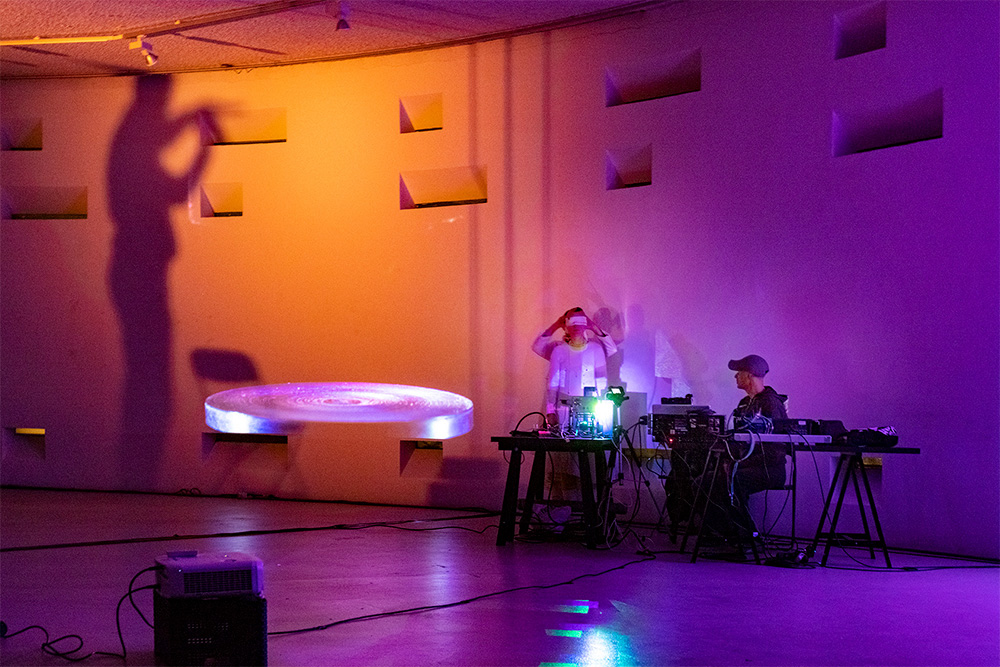 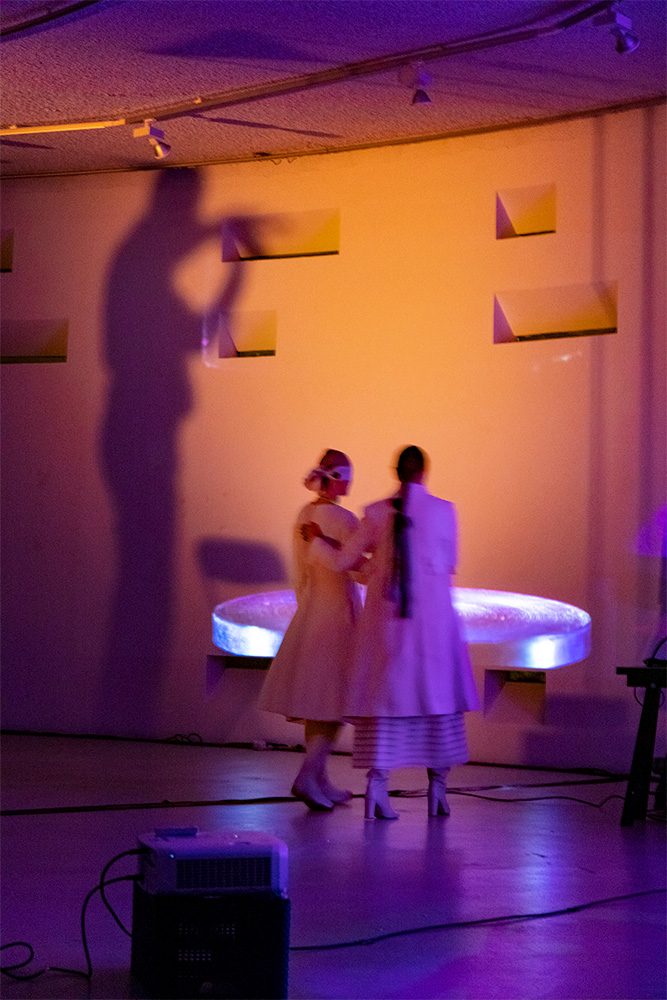 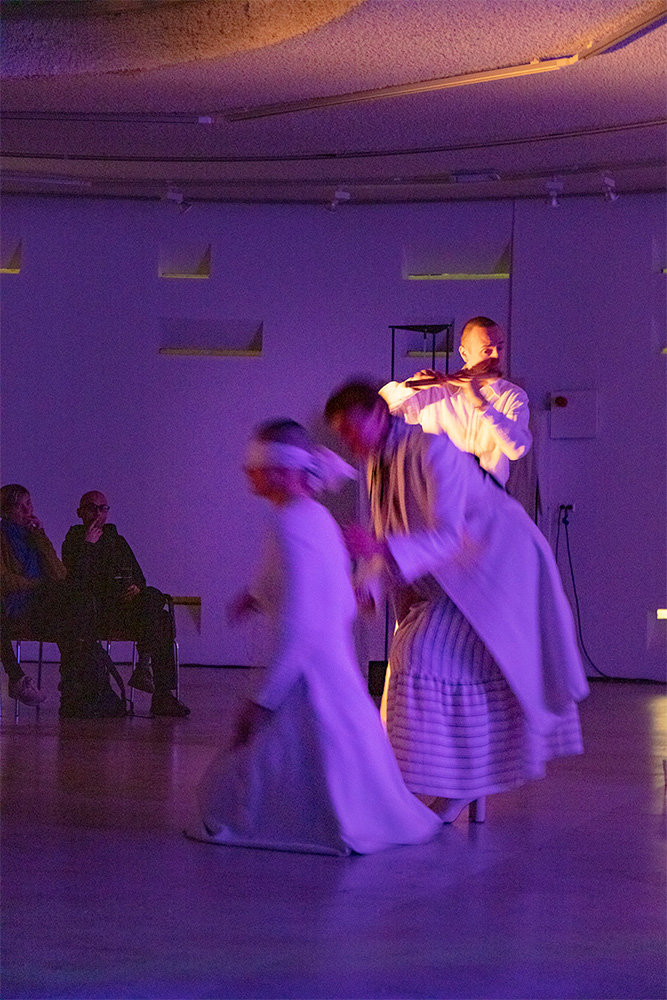 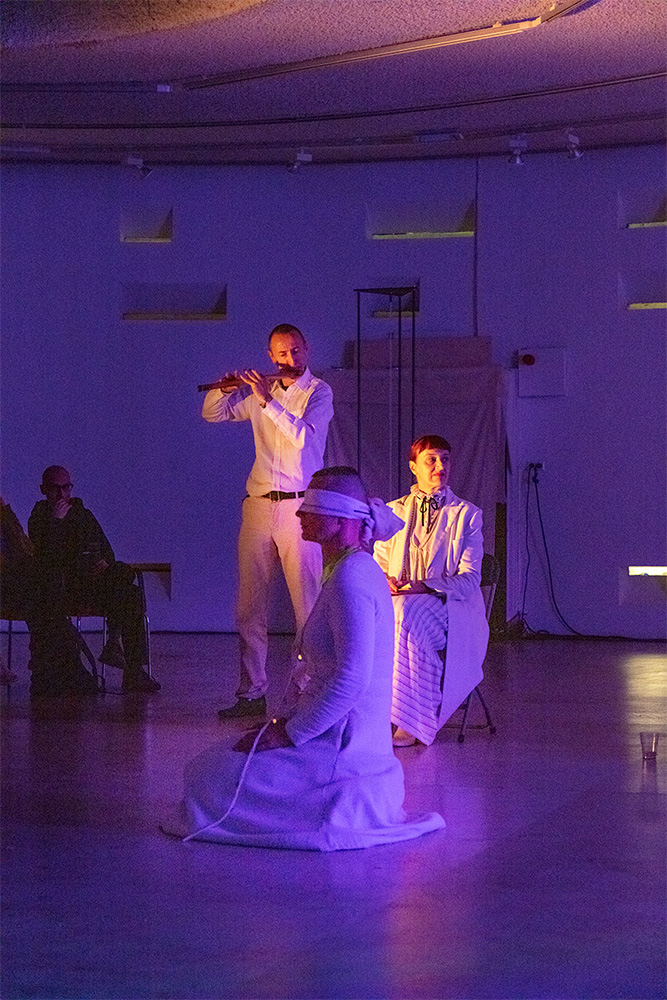 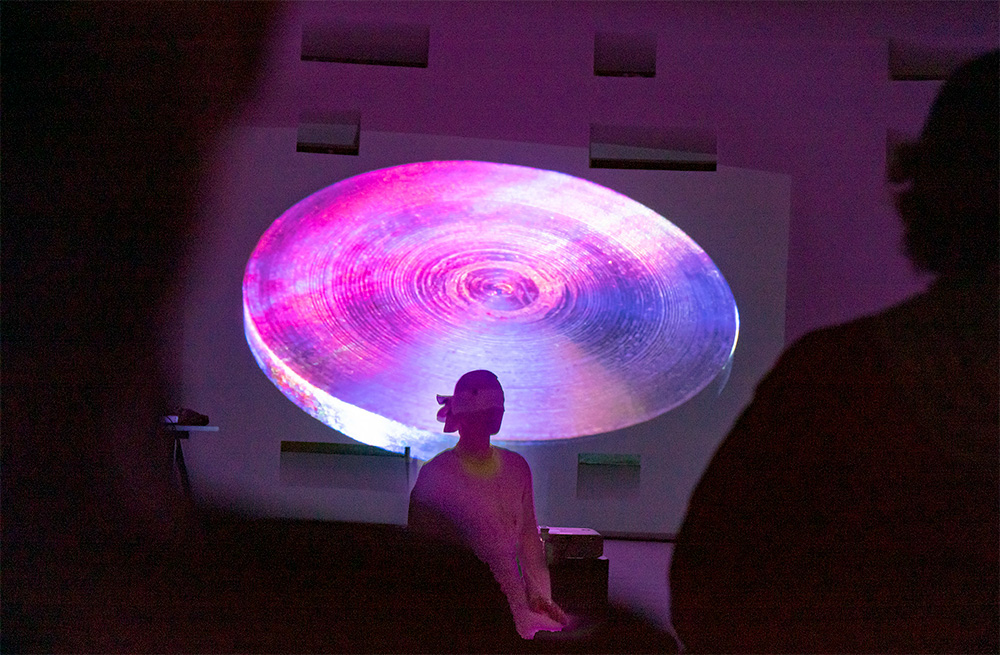 Dieter Vandoren performs Field.2
Dieter Vandoren performs a composition study for a spatial A/V instrument consisting of 7 architectonic units originally created for the installation work LFS2, in collaboration with Mariska de Groot. The network of units, evocative of ancient and futuristic mythical sites, creates a field of shimmer and glow, catalyst of a timeless state of suspension. 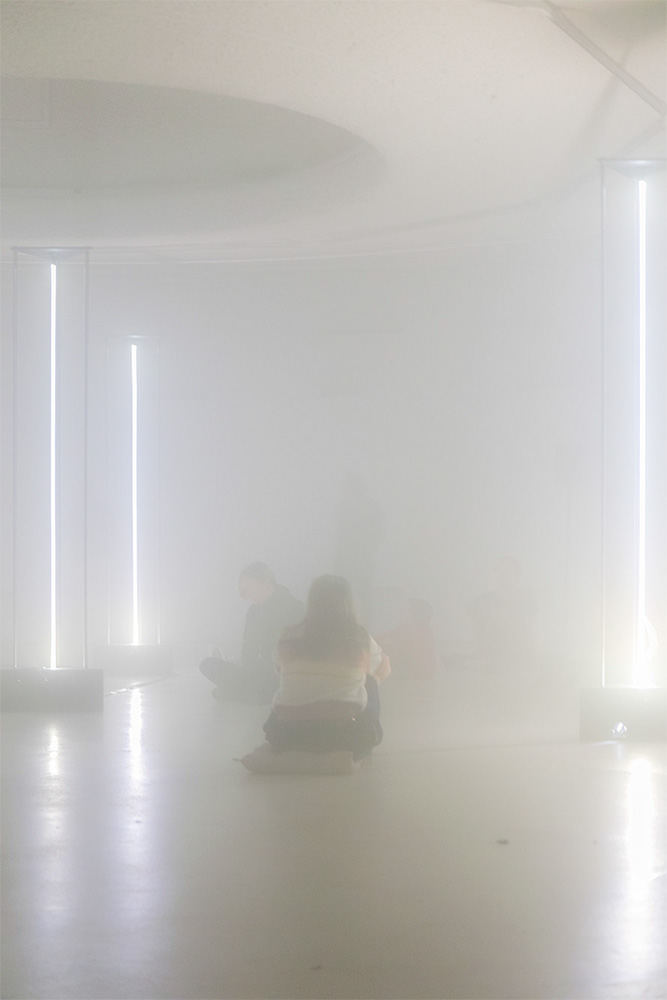 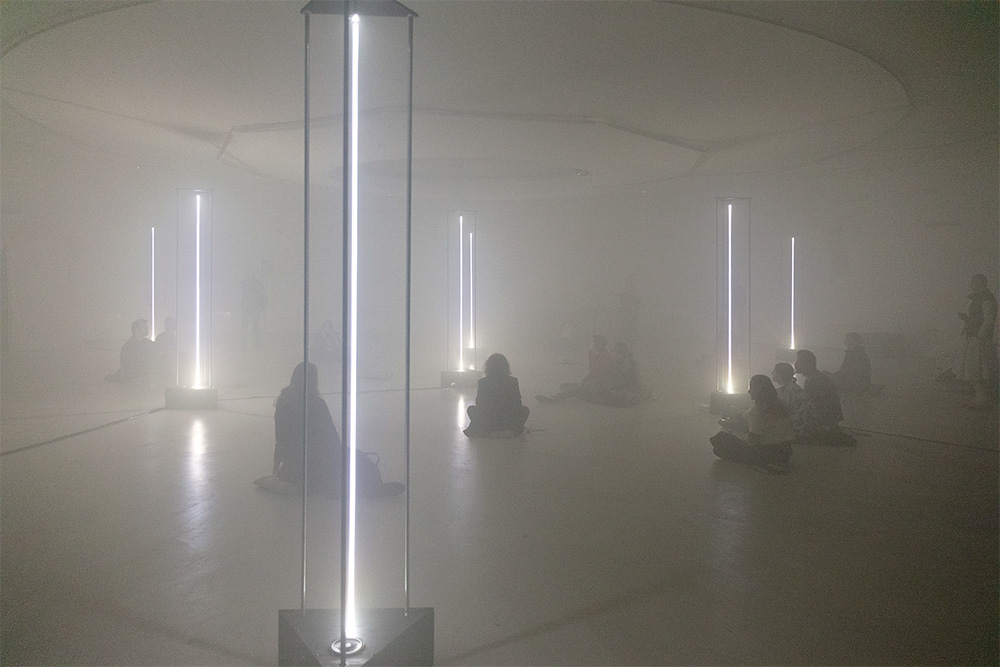 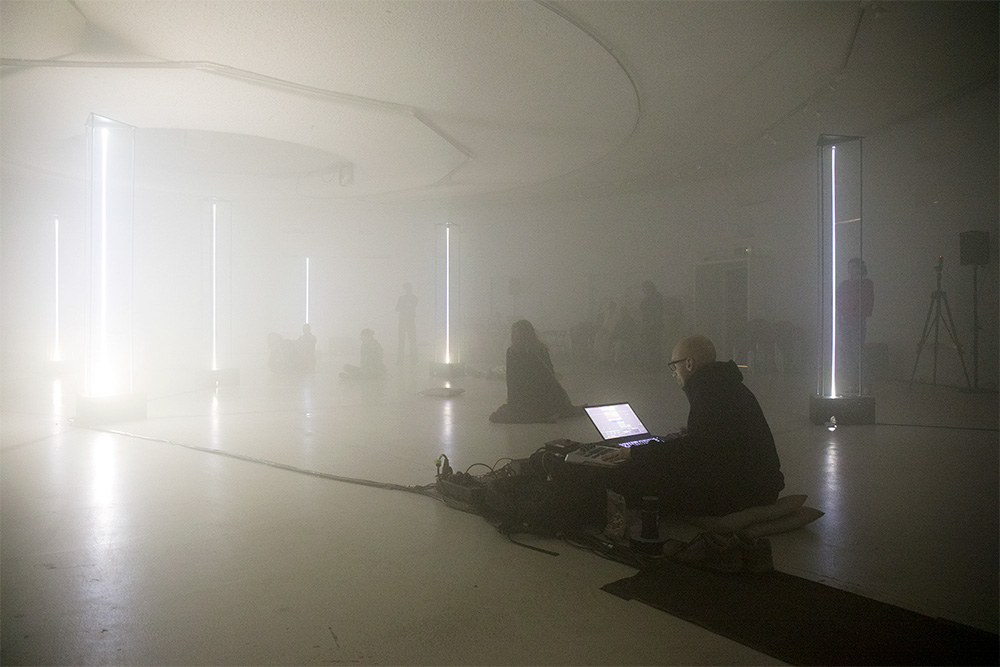 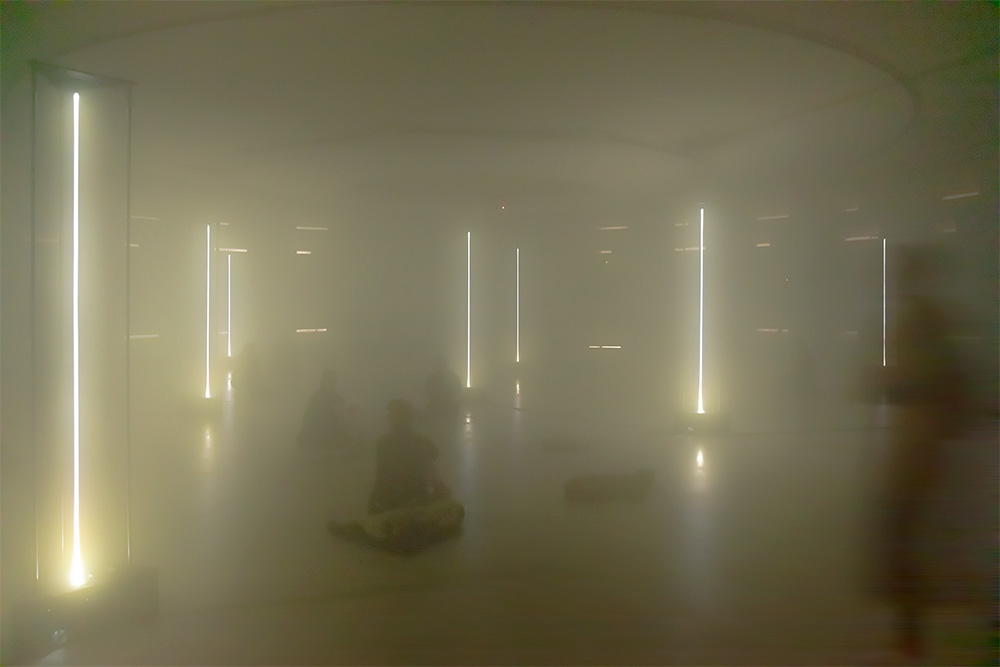 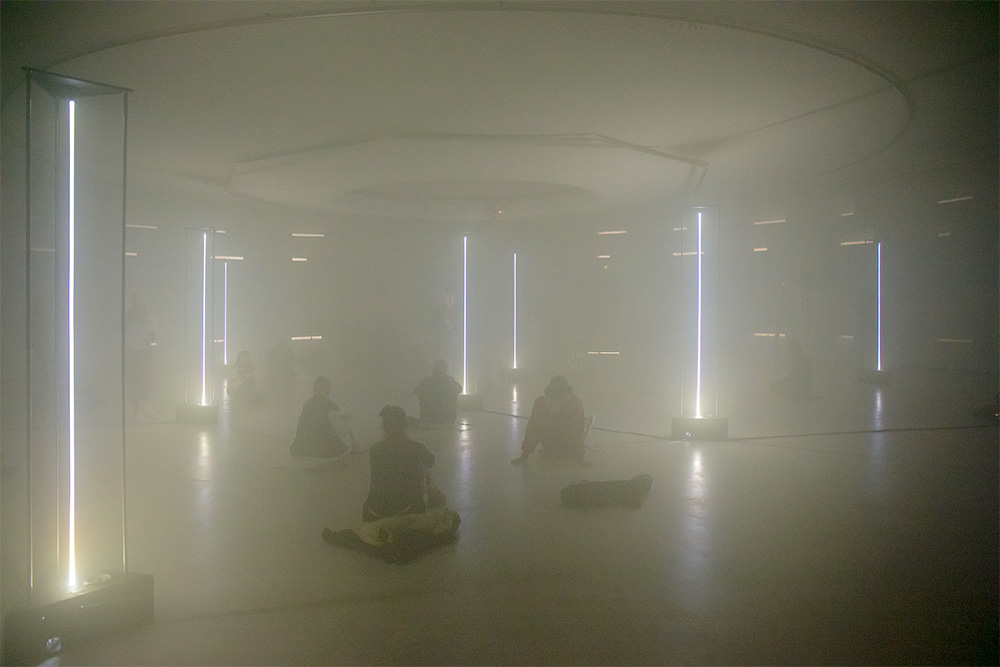