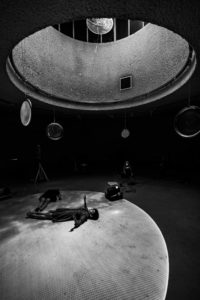 Oneiric Navigations in the Ecliptical Atlas

October Country is a realm of unbridled imagination, and when it wells up in our own reality it prompts the uncanny…
The performances will overlap and interact with one another at certain points during the evening.

Michael Pestel performs Birdshot
Birdshot is a composition for piano harp, various resonant objects, prepared concert flute, and the Birdmachine. This work transforms written texts of the Latin names of extinct birds into percussive bursts of resonance on the string surface of a piano harp and other resonant objects, located throughout the Kunstkapel. As if birds in the surrounding trees, these resonant bursts of sound and sight provide the trigger points for a series of extended improvisations based on the algorithmic translation of those same names into musical notation.

Michael Pestel is an American composer whose work is profoundly connected with birdsong and the complex interaction that occurs with actual birds and aviaries. The Kunstkapel itself is an incidental station for birdlife, as performers in rehearsal have repeatedly noted the action of the birds on the domed roof. Michael Pestel is also known for his invented instruments and installations that are grown out of his complex relationship with birds. For October Country, Michael Pestel will sketch out an atlas for birds which will make a strong connection with the work of the artist Joseph Cornell, who was a great bird enthusiast. Michael Pestel is currently exhibiting his collaborative work with artist Jeroen van Westen in the exhibition BirdScore at Zone2Source (www.zone2source.net). 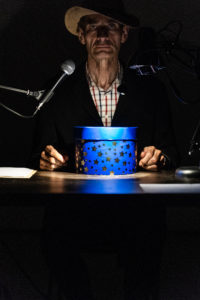 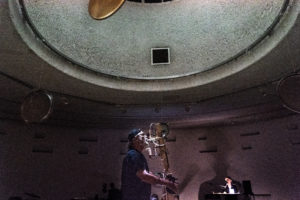 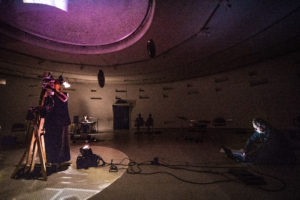 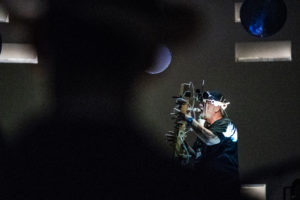 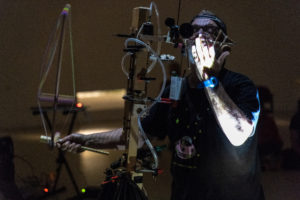 Extracted from his notes and diaries, Joseph Cornell’s dreams intertwine themselves with the details of daily life with insistent continuity. This project distills selected dreams, recounted by Cornell into spoken words and projected collage arrangements of words and objects. Together with film assemblages created by Cornell from found footage, they explore this oneiric world as it manifests in words, objects and images.

For this performance the Afterwords Searchparty welcomes special guests Michael Pestel, Wilbjorch Broch and Christophe Chaplet, who will perform as a trio. The work is designed to finally overlap with the following performance. 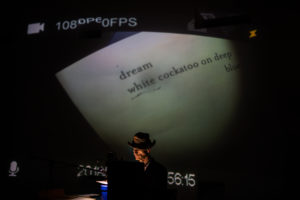 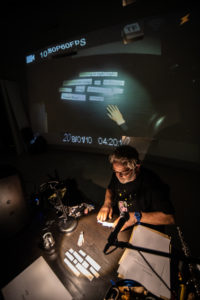 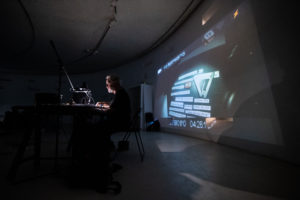 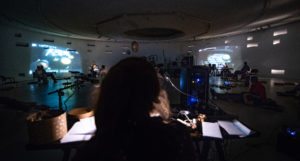 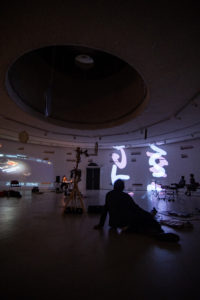 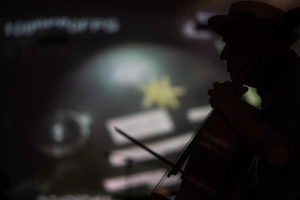 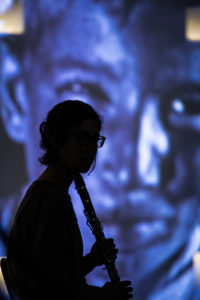 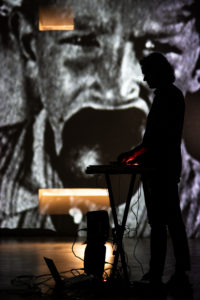 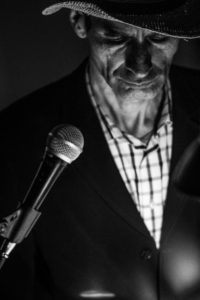 For this evening the White Noise Orchestra develops a project based on the aesthetics, practice and writings of the legendary American surrealist artist Joseph Cornell, whose assemblage boxes align with ideas of the private worlds of the imagination and the uncanny that we identify as October Country. This project focuses on two specific passions of Cornell: astronomy and the detailing of images from dreams. Cornell kept notebooks devoted to both of these realms, and they make for a rich treasure trove of allusions. Cornell’s work will be adapted into a sequence of visual projections which will turn the Kunstkapel into an ad hoc planetarium.

This collective improvising ensemble was formed in 2010 by contra-bassist Raoul van der Weide, with the goal to develop a new collective improvisation perspective that would privilege silence as an active composing ingredient. The concept is developed through group disciplines based in self-awareness, intuition and explorations in building sound fields. The group has been further augmented by dancers as a regular aspect of the performances, which also incorporate stillness and deep listening. The ensemble is based on a freedom for its membership to provide the building blocks that lead to a deepening and expansion of the concept. No two improvisations are the same and no two improvisations are repeatable. 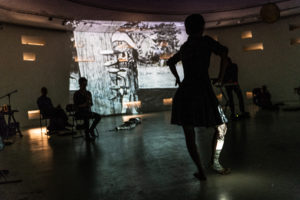 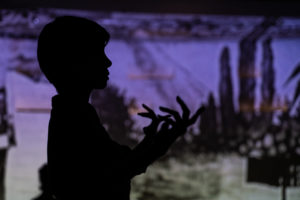 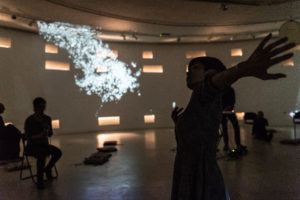 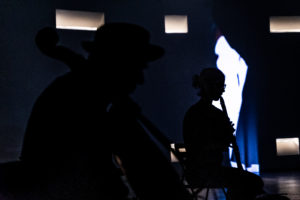 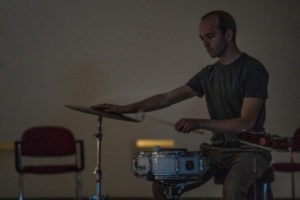 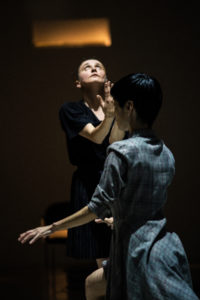 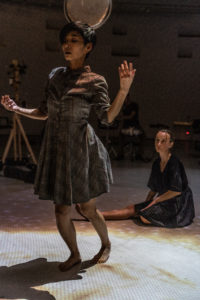 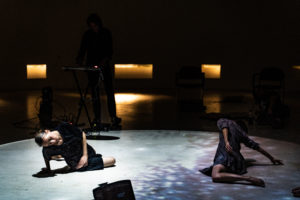 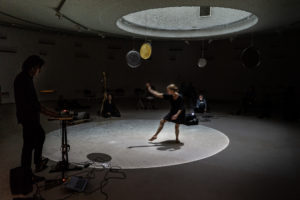 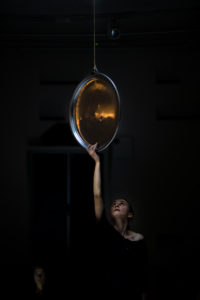 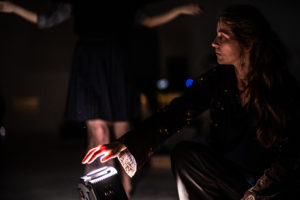 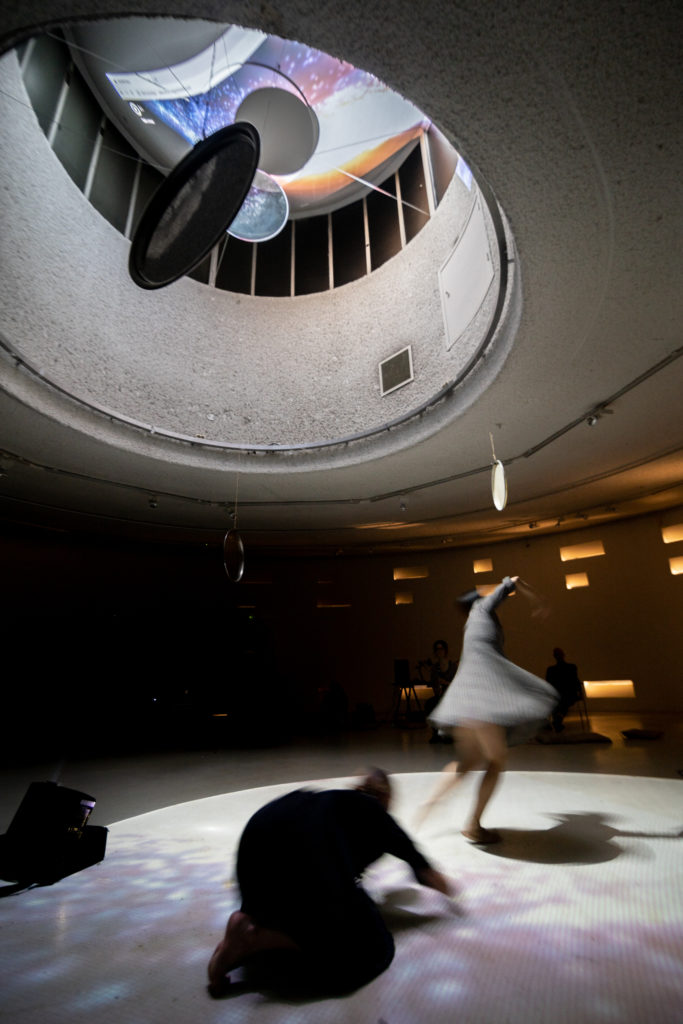