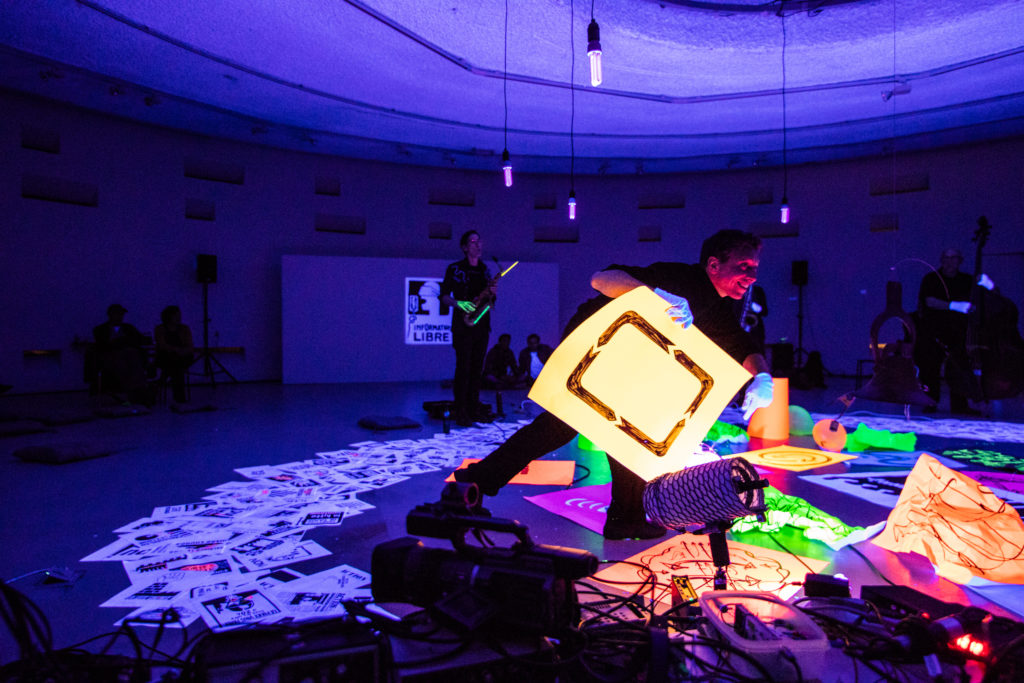 With Ensemble Todo Modo, The Chronic and The Brigade for the Conduction of Light Matter

Ensemble Todo Modo performed The Primaries: Predicaments for Percussionists (Episode: Against the Wall)
A trio formation from the Ensemble Todo Modo offered an episode from its ongoing series of Predicaments for Percussionists. In this installment they confront that immortal psychiatric question: what do you do when you come up against a wall? This piece utilized sounds from 16mm optical tracks taken from news actualities from May ’68, recalling the Paris grafitti: The Walls have ears… But we know that the ears have walls! 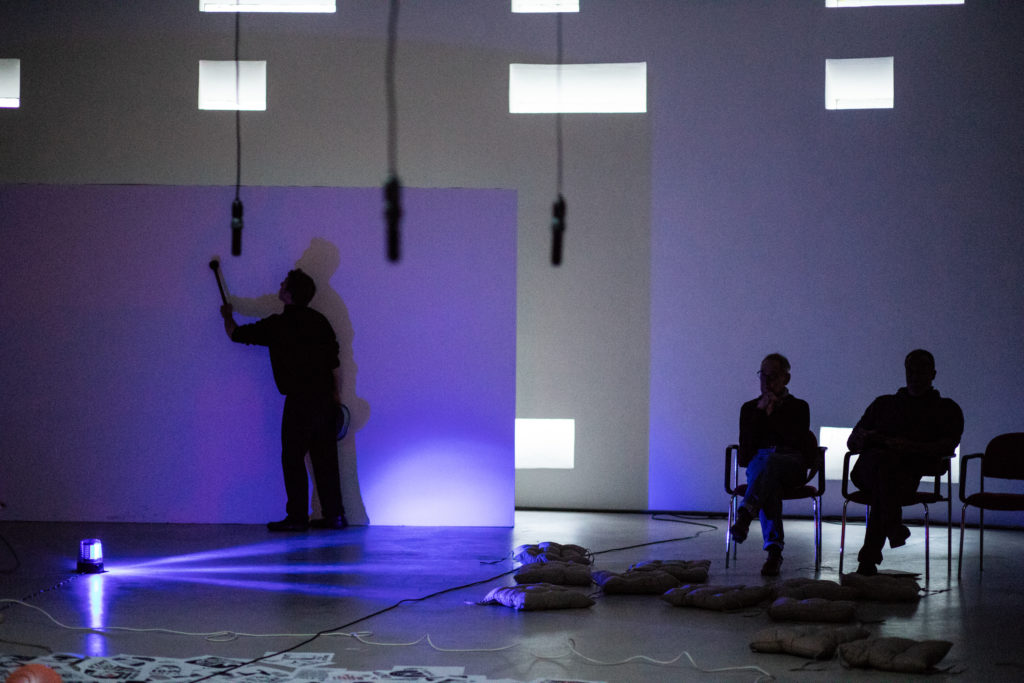 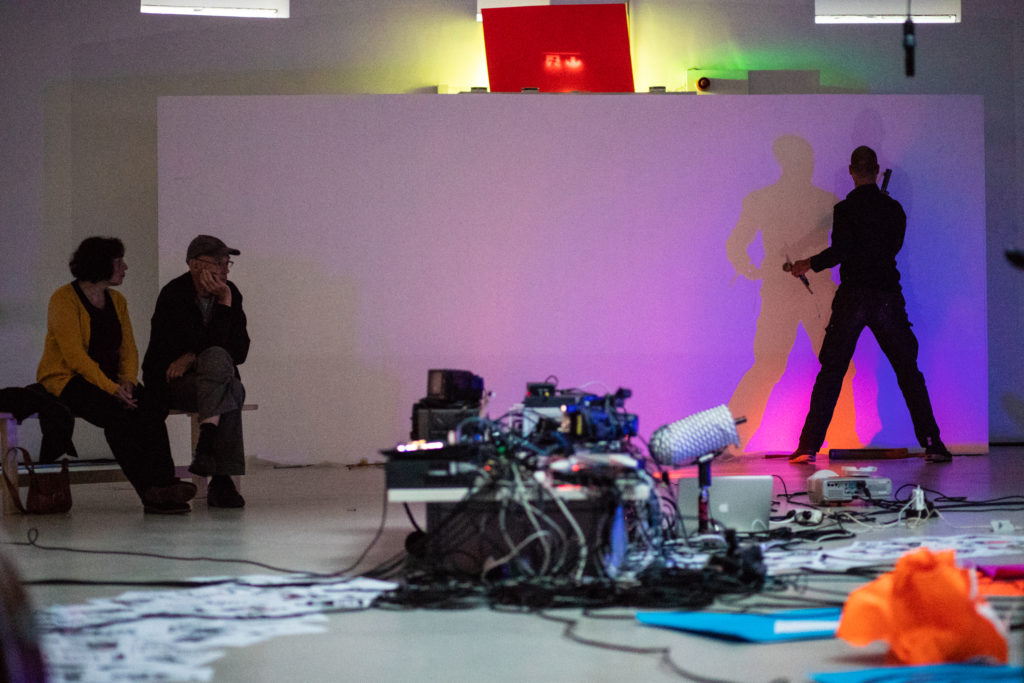 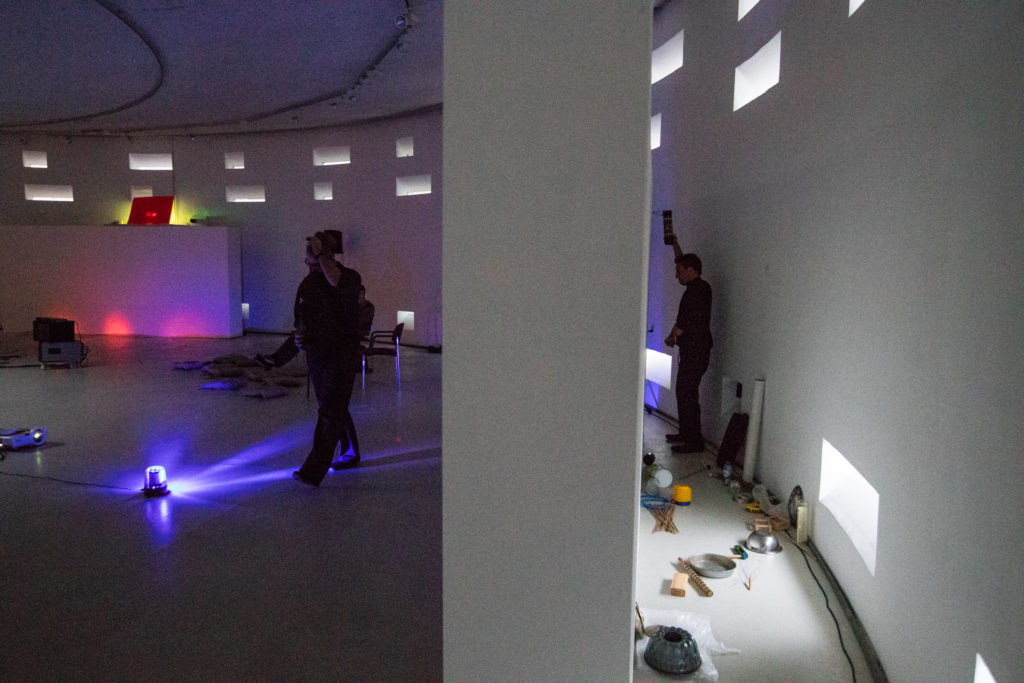 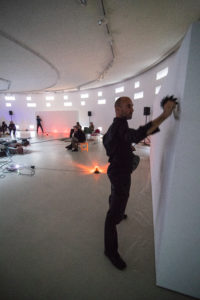 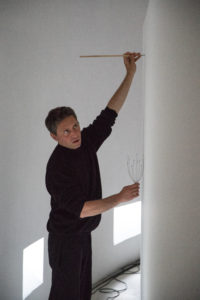 The Chronic performed Just the High points (Not the News, Just the Chronic)
Here is a band of media rogues that offer another means of constructing news. The Chronic is concerned with the form of the news as well as its deployment and the way in which we fall into its patterns. The Chronic reformulates the logic of news to break its essential spell of urgency to reconsider what the actual urgency of our lives might be. The Chronic uses all manner of instruments both audio and visual too illustrate its primary obsessions. 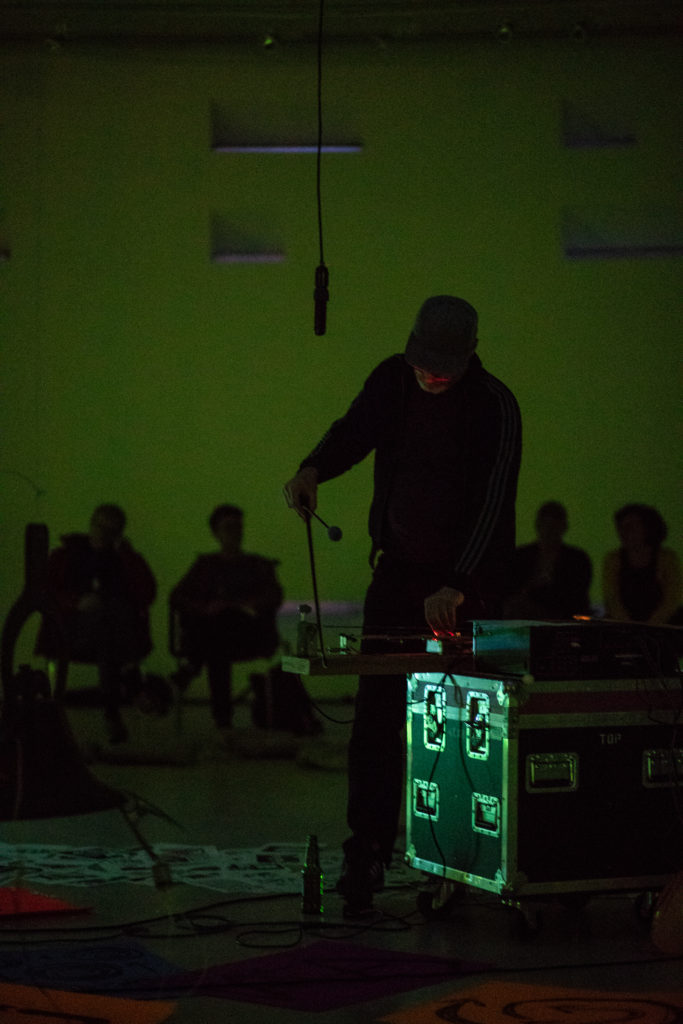 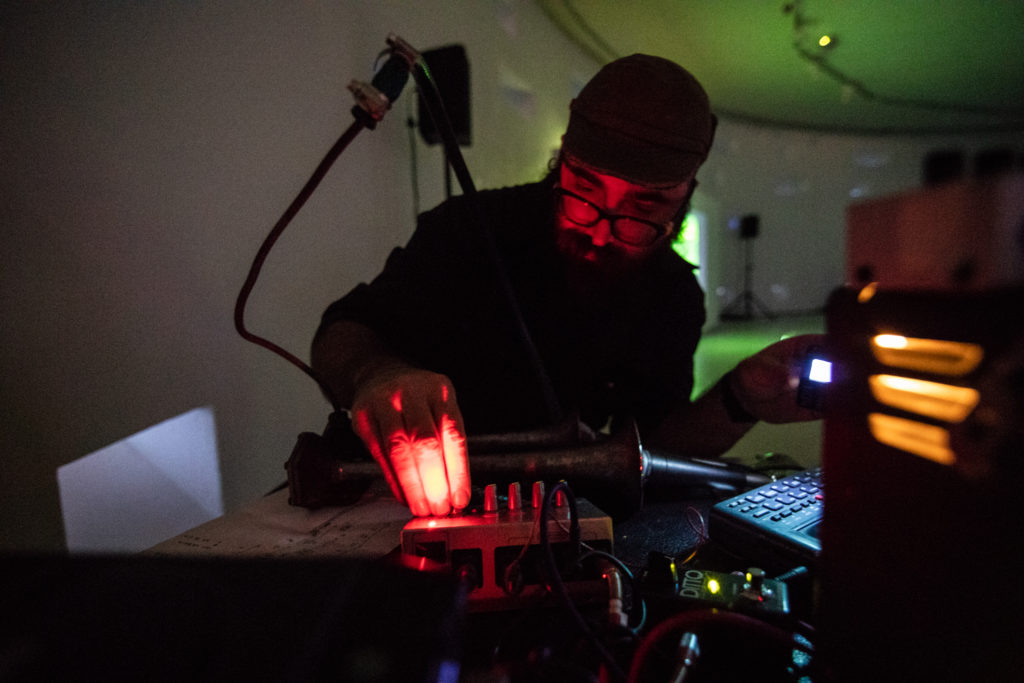 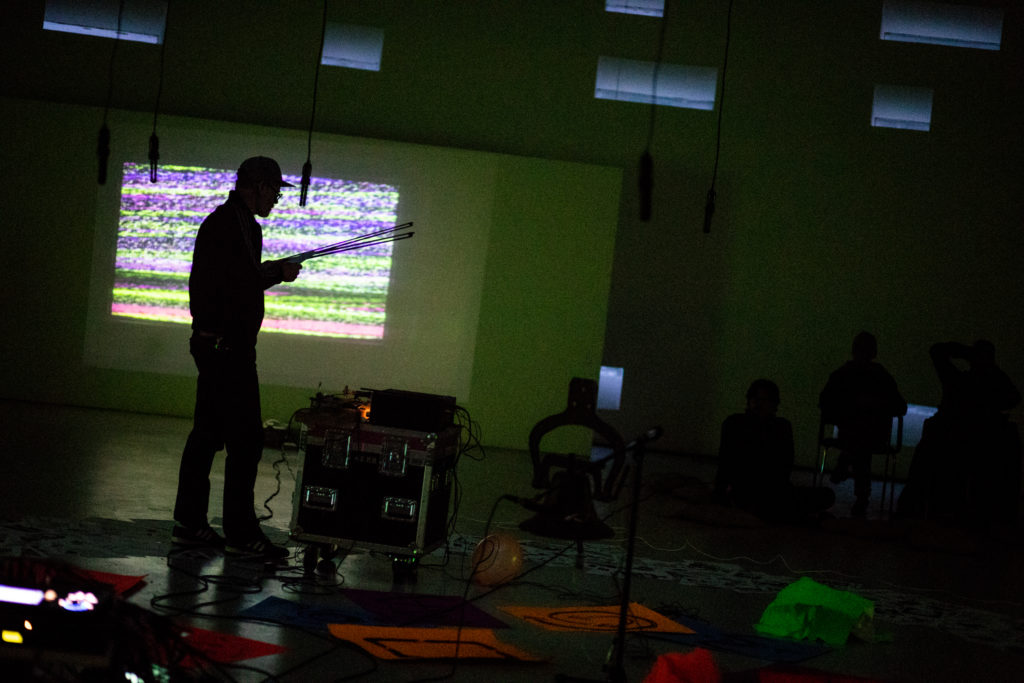 The Brigade for the Conduction of Light Matter performed
Threnody May 68: Let us be Realistic and demand the Impossible
Conduction refers to a piece of music that is created spontaneously by the conductor actively guiding the performers with precise directions and signals in the moment of performance. This ensemble is unique by virtue that they do all of their performances in the darkness lit only by black light which means that the conduction must make his gestures visible through fluorescence. The ensemble uses this fluorescence to add visual elements throughout. This work in commemoration of the events of May ’68 is divided into six movements broken up by a voice that arrests us in the dark, providing an intimate view of the events fifty years ago. 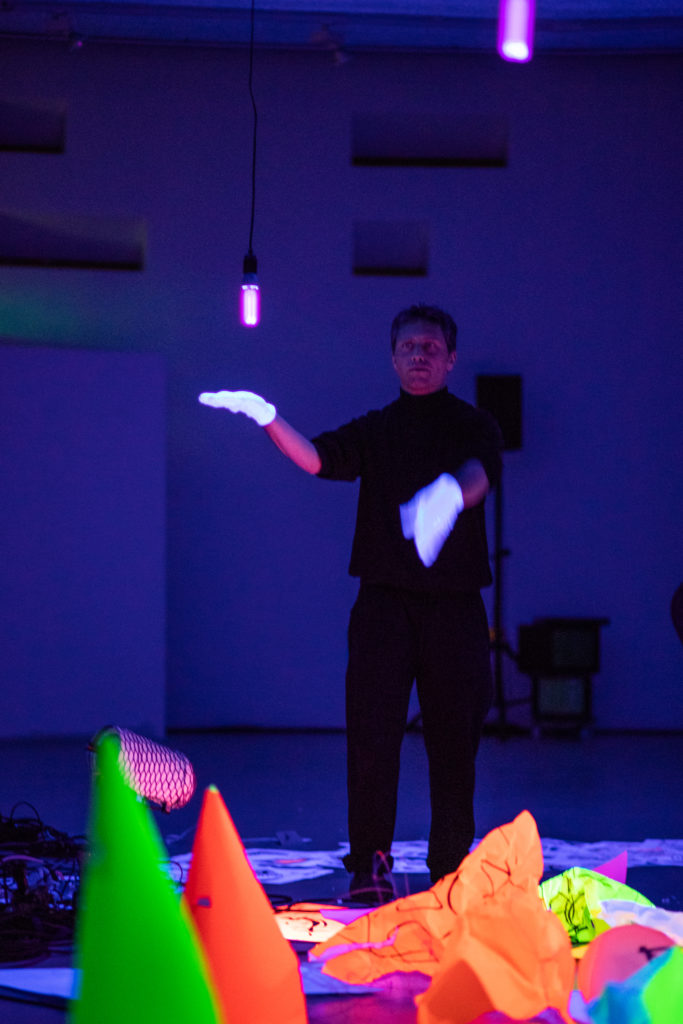 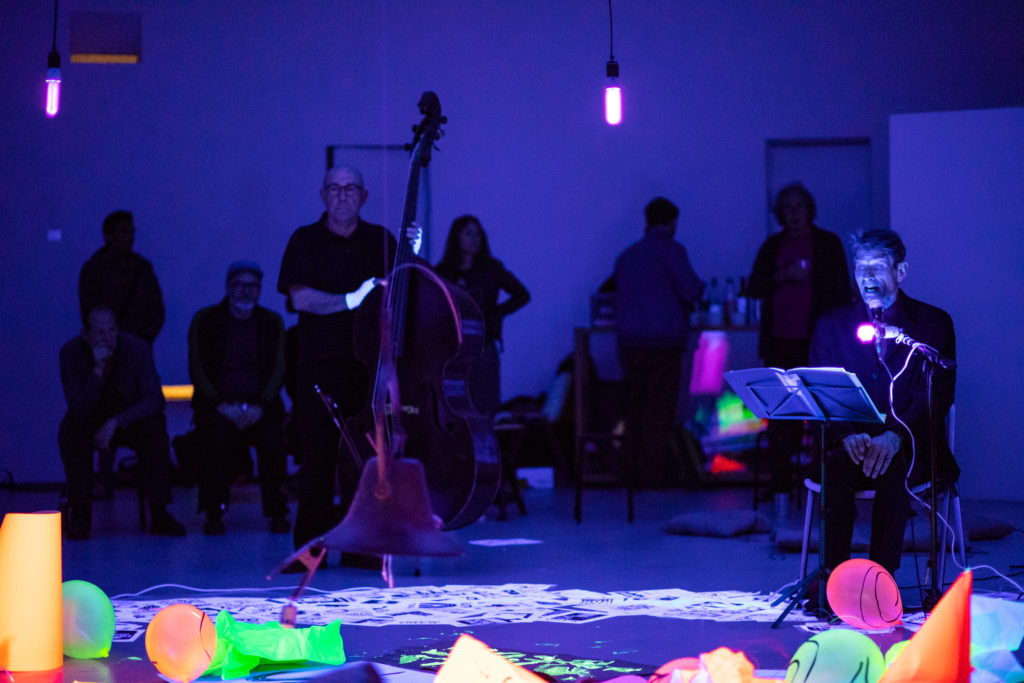 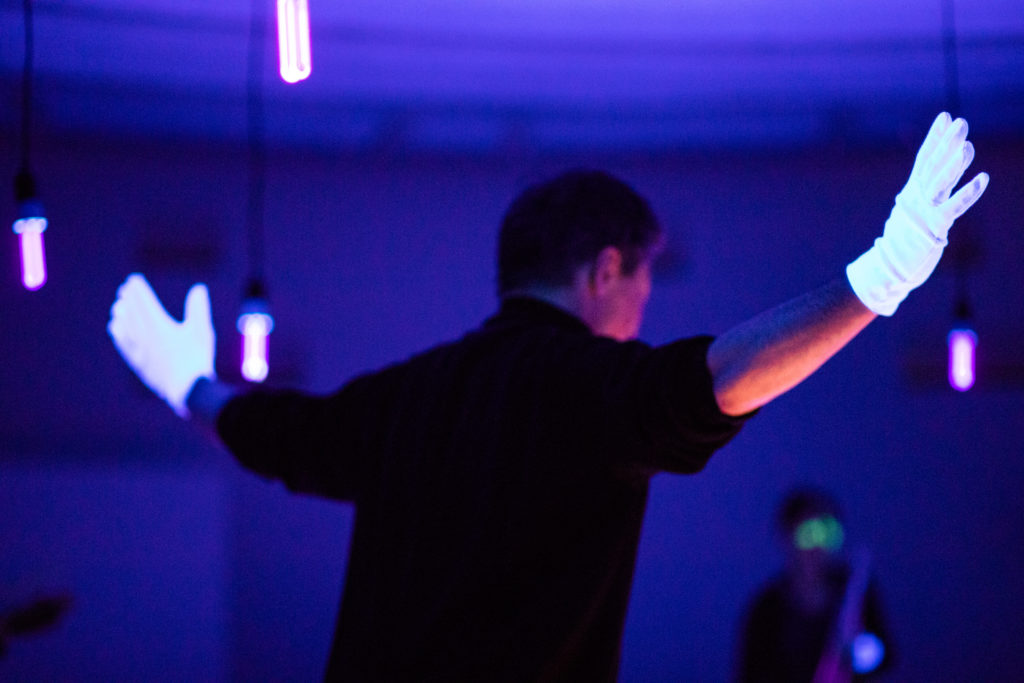 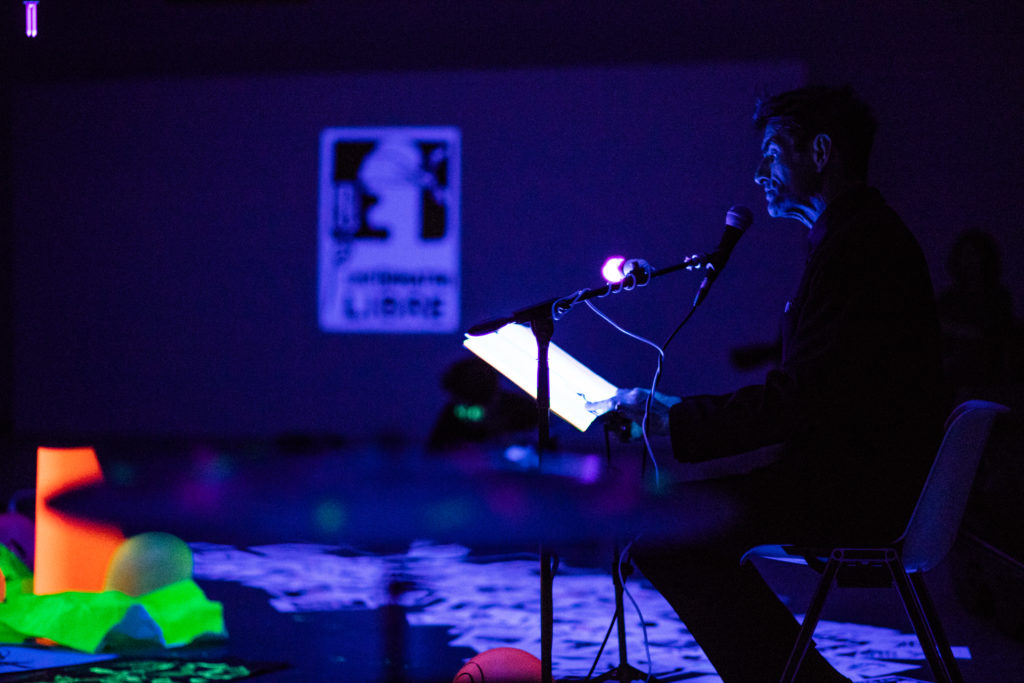 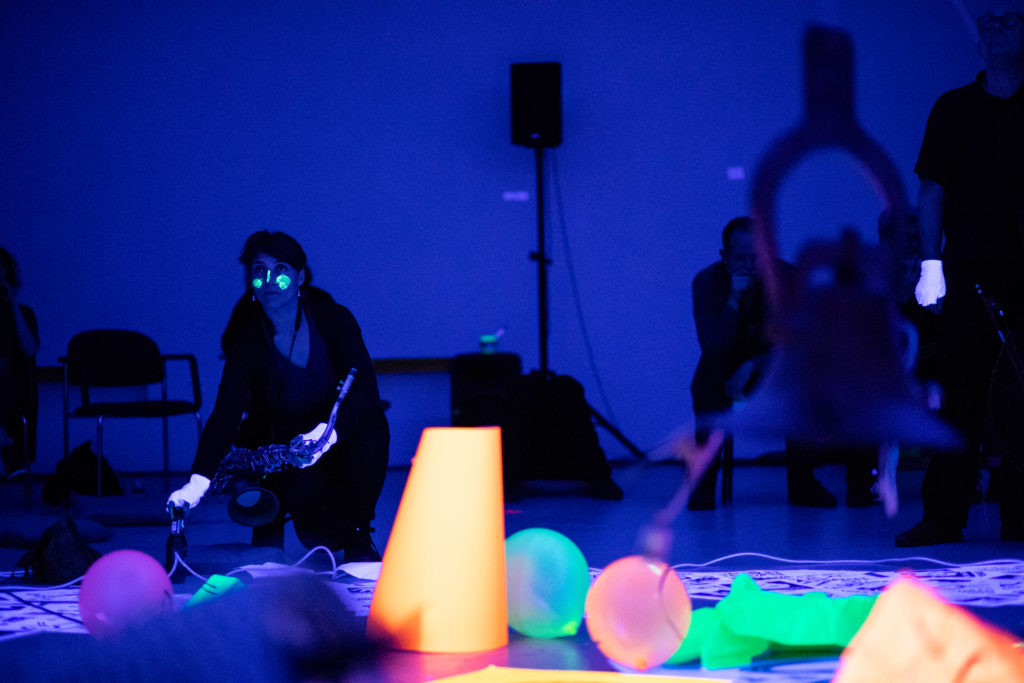 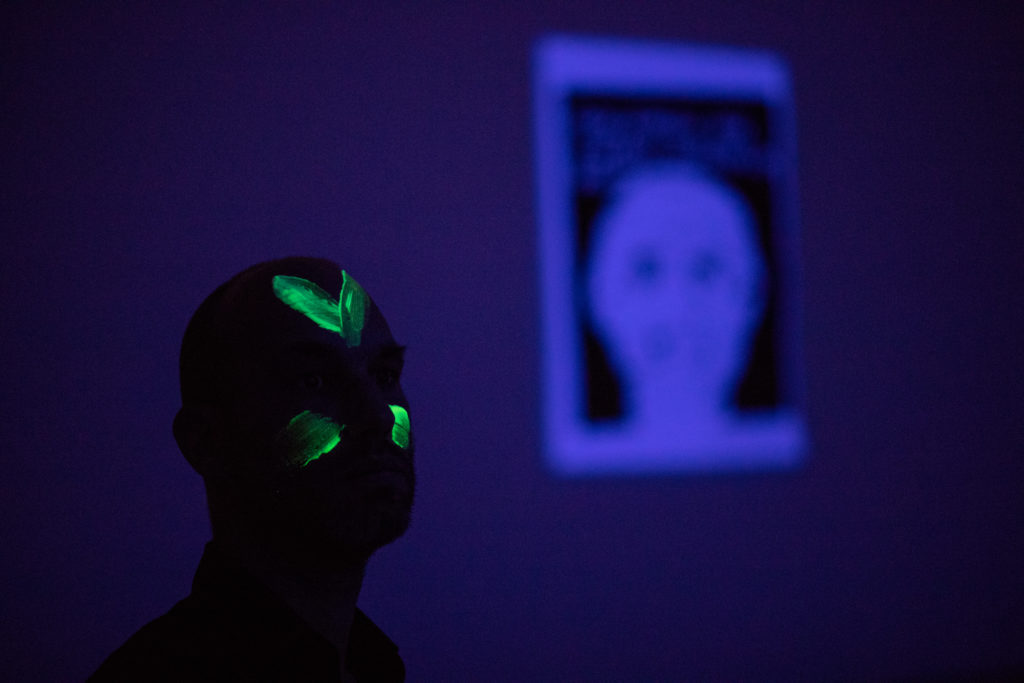 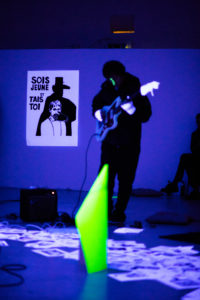 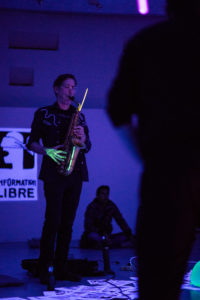