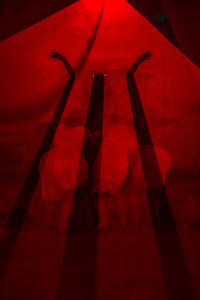 The Privy Switch performs A Dream Fugue: Via Sudden Death Trips
This covert band of provocatively minded musicians has interpreted Thomas de Quincey’s Visions of Sudden Death with a rueful force in this hypnotic chamber work which is installed within an amalgam of images and brutal shadow play. The Privy Switch routinely shifts roles and instruments and constructs a challenging installation for each project. 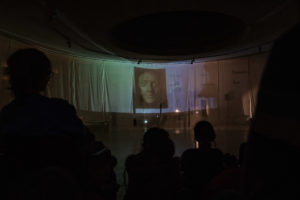 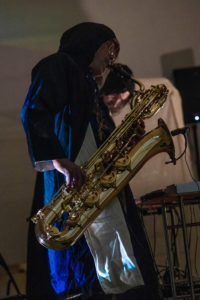 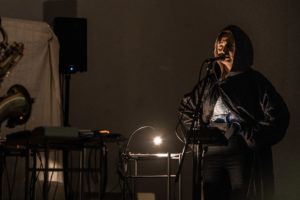 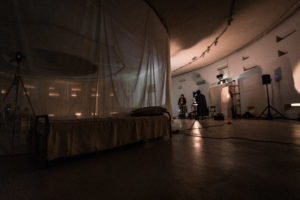 Our Sorrows’ Two Thirds: Bjork Nielsdottir & Vilbjørg Broch perform LEVANA
Levana was an ancient Roman goddess associated with rituals related to childbirth, more specifically with the lifting up of children above the ground. Her name has given us the contemporary word Levitation. This vocal duo offers an ethereal meditation on the magic and trauma of being lifted up. 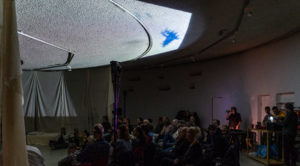 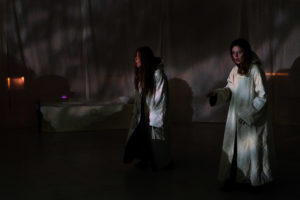 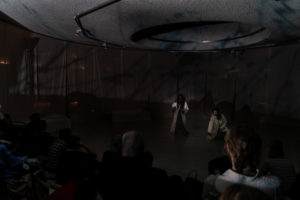 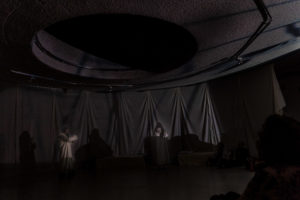 The Shadow Seminary School for the Convergence of the Outer Bodies performs
Suspiria De Profundis (Deep Breath)
One of a tryptich of works which explore the previous life of the Kunstkapel as a seminary rehearsal space, this piece is prompted by a spiritual yet blood chilling text of Thomas de Quincey as well as an iconic horror film. The result of this deep breathing is an eerie meta-dance piece where strict somnambulist ballet maneuvers are subverted by phantom free improvisers working in tandem with an onslaught of unearthly light and sound which will gradually alter the perception of the space. Performers include Izabela Pacewicz Wysocka, Manuela Tessi, Stefania Perek, Ksenia Petroula, Bjork Nielsdottir and Vilbjørg Broch, with an archesonic sound score by Mark Bain. 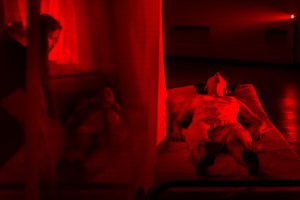 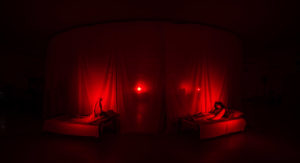 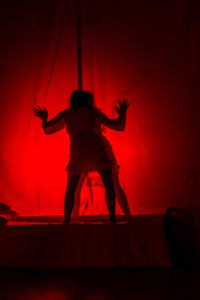 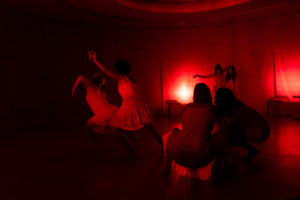 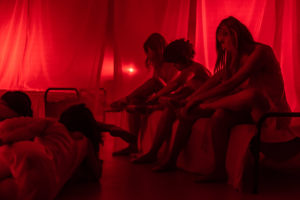 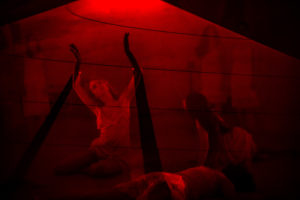 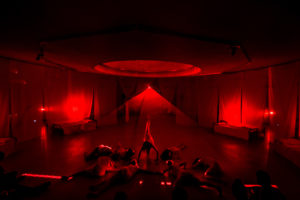 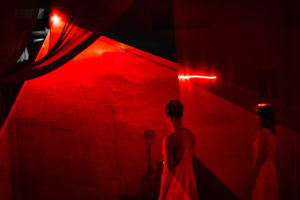