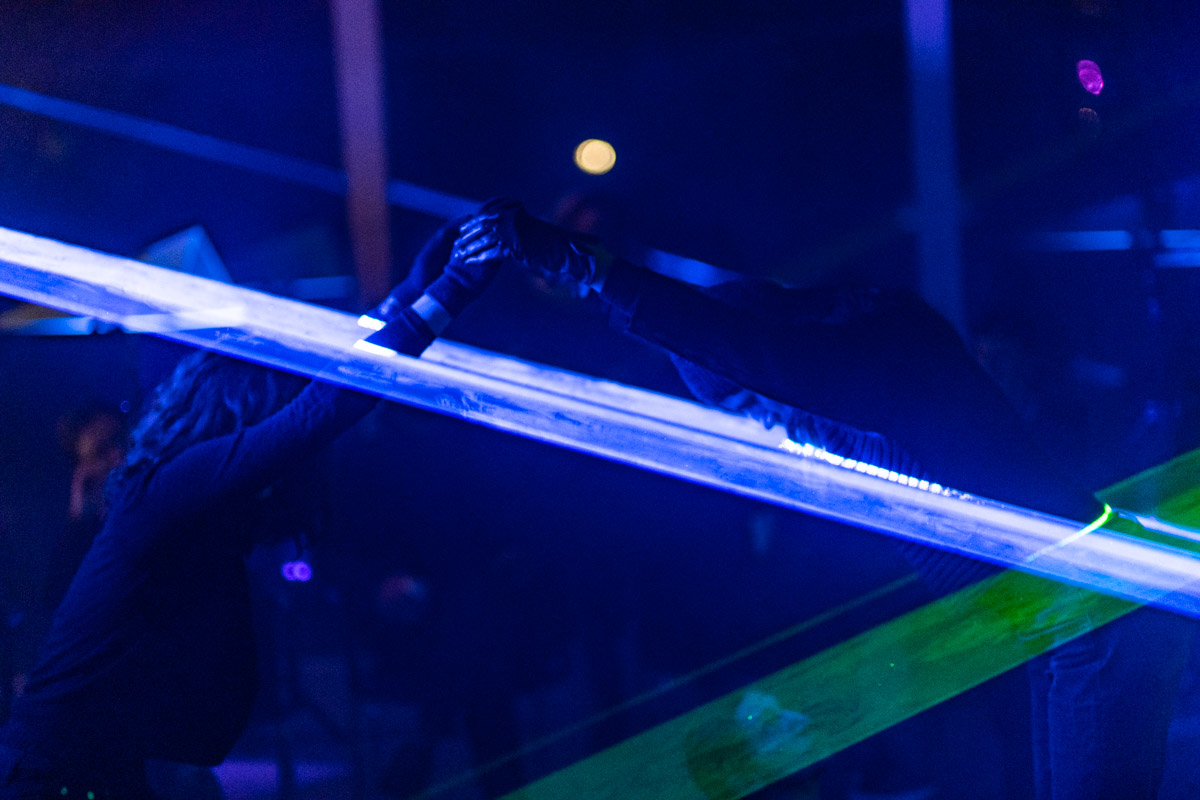 The Warp, in collaboration with Zone2Source, presents its final performance light event of the winter season for Candlemas on February 2 in and around the Glazen Huis in the Amstelpark. This will also be the finissage for the closing of the exhibition ‘Beholder’ by Vladimir Grafov. Candlemas is traditionally known as the Festival of Lights and is held exactly in the middle point of the winter from which the phrase “dead of winter” comes. Candlemas has a unique history of Roman, Celtic, Pagan and Christian holidays that is set at what are called Quarter Points in Celtic lore, precisely between the solstice and the equinox. One curious variation is Groundhog’s Day which developed out of German traditions but is now celebrated in America. But even Ground Hog’s Day is primarily about light: will the ground hog see his own shadow on the ground in the bright light of the sun? Our Candlemas will borrow freely from these traditions to establish a somewhat cosmic tone but also a decidedly local one with a strong sense of the environment around the Glazen Huis.

Vladimir Grafov presents Beholder (throughout the event)
Grafov presents a blue laser outline that extends in all directions from the Glazen Huis to reach out to the farthest project within this event and beyond.

Philip Vermeulen performs TLLLLLLLT (throughout the event)
This performance is an investigation in the sound and light qualities of fluorescent lights and their armatures. This is done by reducing and playing with the amount of electricity coming in the lights which results in TLLLLLLLT, Ping, Ping, Ploing, Ploing. Bzzzzzzt and flickering.

Mark Bain presents F.A.W. (throughout the event)
Mark Bain establishes the first line of sonic light defense on the ramparts of the Glazen Huis.

Dirk Bruinsma and Paul Glazier perform with The Cinetractor Project Extracts between Patrick Bokanowski and Henri Dimier
The evening is initiated by the performance of several drawings and a piece of mixed media.

Dirk Bruinsma and Paul Glazier perform with The Cinetractor Project Three Interventions for Performing Rose Lowder: Roulement, Rouerie, Aubage/Les Tournesois/Impromptu & 5 Bouquets (spread throughout the event)
This is a miniature retrospective for the remarkable work of Rose Lowder whose work finds a perfect home in a light based program in a garden park.

The Supernumeraries perform with The Cinetractor Project N:O:T:H:I:N:G:D:O:I:N:G (apologies to Paul Sharits)
Another twist on the idea of expanded cinema. Here is a film that swallows its spectators whole and they become the lost cast of an entirely nonfigurative film. What to do?

Paul Glazier performs Skin (On Smoke)
The original visual material was recorded whilst the composer was massaging various people. He rerecorded these images projected upon his own body and at last he reprojects these images on the most ephemeral of phenomena, smoke.

Practical info:
Saturday February 2 from 18:00 to 21:00
at the Amstelpark, het Glazen Huis